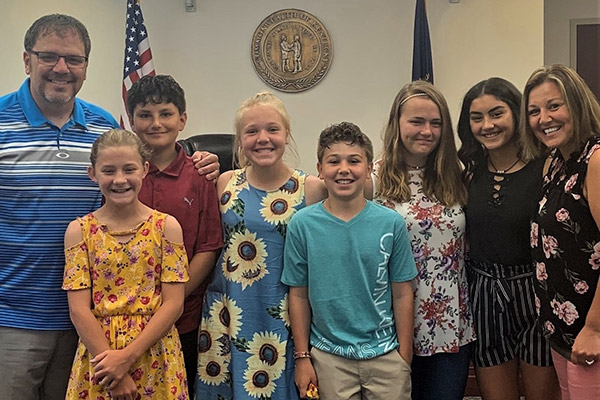 Harrison County couple Melinda and Chad Persinger have adopted four children through DCCH’s Foster Care and Adoption Program. They adopted two sisters in March 2018 – an extra special adoption for DCCH as it was DCCH’s 99th and 100th adoption!

Family Says Adopting Has Made Them Feel Younger 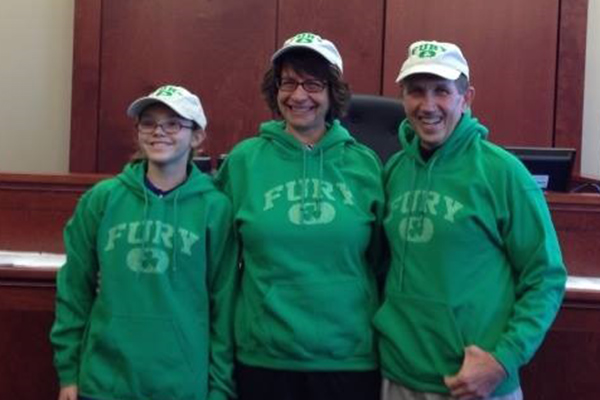 Bracken County couple Peggy and Mike Fury, adopted their daughter from DCCH’s Foster Care and Adoption Program in 2013 when she was 11 years old. When asked why they became adoptive parents, Mike and Peggy stated, “We married late in life but wanted to have a child to love. We’re a long way from perfect, but we knew we could offer a child a safe environment and that might be enough to save a life.”

Read more: Family Says Adopting Has Made Them Feel Younger 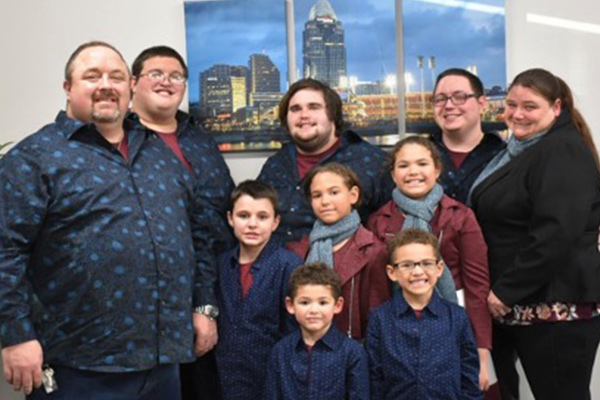 CONGRATULATIONS to the Mosley family on their adoption of four siblings!

This family may look familiar because this is their third adoption with DCCH! In 2015, Mike and Michelle said yes to fostering two teenage boys, and in 2017, they were adopted. Both young men are currently in college and working.

In 2019, they adopted the next child they fostered. At the end of 2018, Mike and Michelle decided that they had more room in their home and their hearts. They fostered a sibling group of four, to ensure they wouldn't be separated. It’s been a long road to get to today, and we are happy to celebrate with them!

Congratulations to the Mosley family! 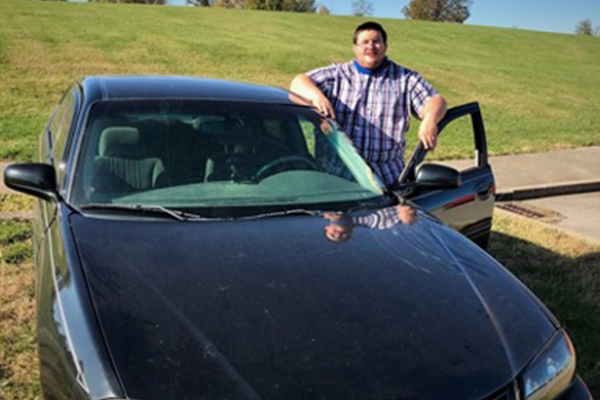 Nineteen year old Matt Mosley is donating his car to a youth in foster care.

Matt came into foster care at age 13. His newly approved DCCH foster parents accepted Matt as their first foster placement. He and his brother were older than what the Mosley's thought they could foster. However, it did not take long for Michelle and Mike to realize they were going to pursue adoption. Matt and his brother gained a forever family in November of 2017.

Since then, the family has fostered and adopted more children, making Matt a really cool and respected big brother. Last week, Matt called DCCH and offered to donate his Impala, as he was getting an upgrade himself. As God’s providence would have it, DCCH is working with another 18 year old in the Independent Living Program. She is learning how to care for herself, and needs her first car to get back and forth to work.

Thank you Matt, and bless you for your gift!