Local Police and University Give Hope to Kids 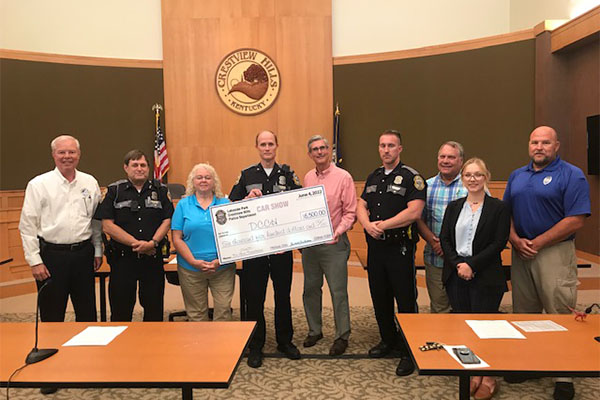 We express sincere gratitude to the Lakeside Park/Crestview Hills Police Department. On June 4, they put on car show in partnership with Thomas More University who hosted the event. All proceeds from the event have been donated to DCCH Center for Children and Families. Officers from the police force, the mayors of Lakeside Park and Crestview Hills, and representatives from Thomas More University invited our executive director to the Crestview Hills City Building to present a check for $6500!

The car show was a fun and enjoyable event for the community which raised much-needed funds to help serve some of Kentucky’s most vulnerable children and families. Thanks to the participants in the show, those who attended, and all who organized this event. DCCH is blessed with such generous neighbors and supporters.