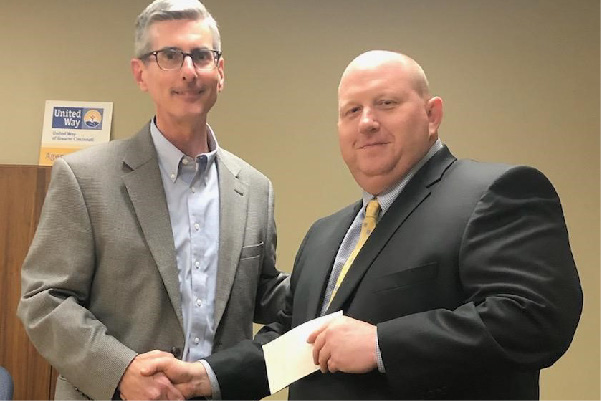 Fort Mitchell Mayor Jude Hehman, as well as the entire City of Fort Mitchell, KY, have been great supporters of DCCH. Mayor Hehman and his staff participate in many events and programs we have throughout the year.

Last night, our Board honored him for being voted the 2019 Elected City Official of the Year by the Kentucky League of Cities (KLC.) This award recognizes a dynamic official who demonstrates outstanding leadership and innovation. KLC represents more than 370 cities and nearly 2500 elected city officials. Mayor Hehman received 10 separate nominations for this award from private citizens, community leaders, employees, and fellow mayors. After being elected the city’s youngest-ever council member at age 21, he was elected mayor in 2015.